Tonight VwS celebrates a major victory for both our CSGO team and for our organization. VwS maintained their undefeated CEVO playoff run in the Grand Finals. VwS entered the finals from the winners bracket, and their opponent ‘Man I love Fragging’ entered from the losers bracket. The two did not meet in the winner’s bracket, making this an unknown opponent for VwS. The match began with a series of momentum shifts, ultimately leading to VwS being down 6-9 at the end of the first half. It was not until the 2nd half until we began to pull away. In exciting fashion, we rallied back to win the 30th and final round to take the championship with a score of 16-14. Stay tuned for future updates by following the VwS CSGO roster below. 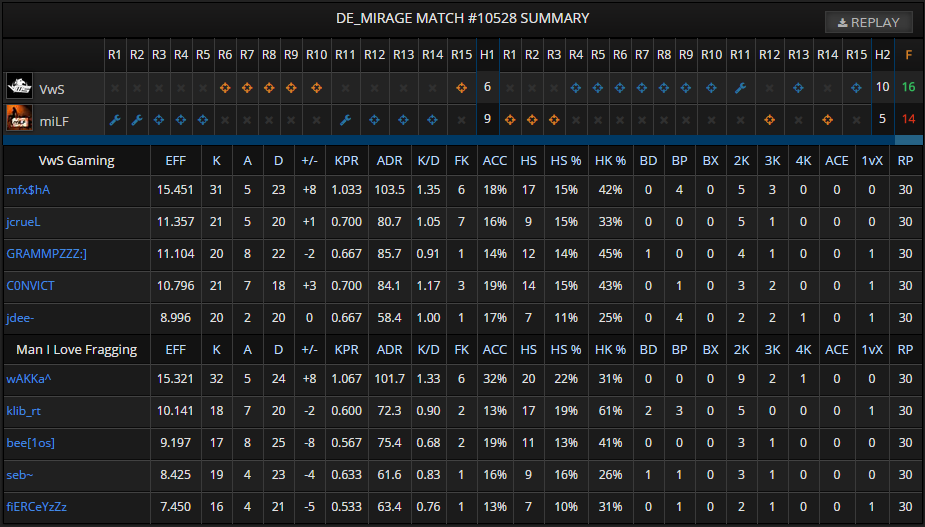